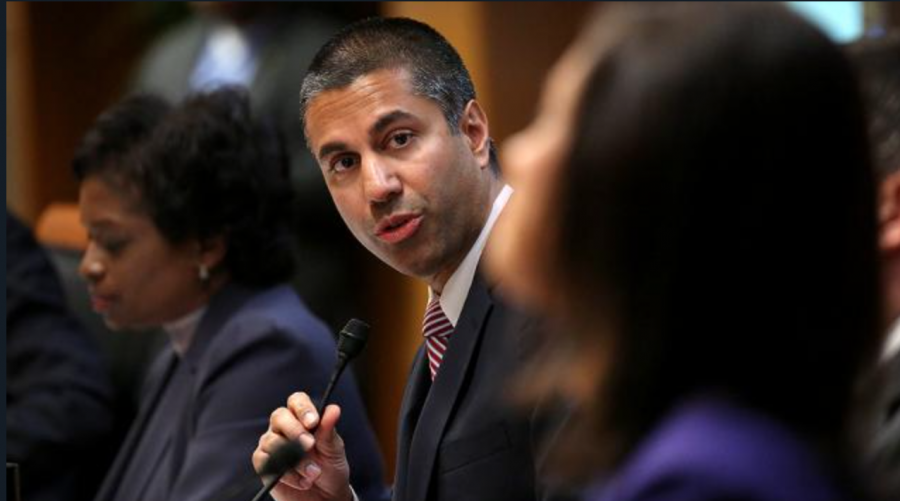 On Nov. 21, 2017, Pai announced his plans to repeal net neutrality. Net neutrality is defined as “the principle that internet service providers should treat all online content equally without blocking or slowing down specific websites on purpose or allowing companies to pay for preferential treatment.” This “preferential treatment” fee would fall on consumers, raising rates for the many Americans who use the internet on a day-to-day basis.

Some have praised the new repeals, saying that this will increase competition between businesses. However, Pai’s decision comes with massive public protest.

SMCS student Akshay Kandakumar stated that “Net neutrality is a good idea. This prevents ISP’s from charging extra for things that are easily available. With AT&T trying to slow internet down for customers without telling them, it is obvious that these corporations should tell us what they do.”

According to a poll done by the University of Maryland, 83% of Americans, including ¾ of the Republican party, disapprove with the decision, leaving only 16% in agreement.

“Net neutrality was started in 2015 under the Obama Administration in order to allow all internet content to be free and open. What they mean by this is that, for example, Netflix is streamed at the exact same speed as the lady who has a cookbook and is uploading her videos to YouTube,” said Kramek.

“The reason it’s being repealed is because there is a lot of speculation that it has slowed the growth of the internet, and certain companies have not been wanting to produce or develop faster, better internet because there’s no entry point into it. It was kind of controlled by the government and by some of our main providers (Comcast, Verizon, etc.),” Kramek
added.

An effective chairman, Pai has been praised by both Republicans and Democrats alike for pushing his agenda through the FCC. From increasing internet speed in impoverished areas to strengthening broadband reliability, Pai has received nationwide recognition as being one of the most active FCC chairman in years.

In 2011, Pai was appointed as a minority member to the FCC by President Obama. Always one on the side of business, Pai protested democratic efforts to regulate big business, insisting they were detrimental to the American economy by limiting investment and delaying infrastructural growth. As such, his decision to repeal net neutrality doesn’t come as a shock to many who’ve been paying attention to Pai’s past statements.

In an interview with recode.net’s correspondent Tony Romm, Pai stated “We [at the FCC] are focused, first and foremost, on making sure that we have a competitive marketplace that allows everybody — newspapers, broadcast TV, broadcast radio and others — to continue to thrive in the digital age.”